Being at the Epicentre of the AR Movement 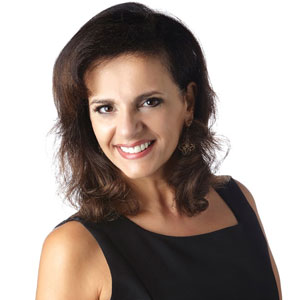 As an enabler of accelerated innovation and global manufacturing, it’s especially exciting when you can influence both the development and the use of new technologies. Especially exciting is the activity we are seeing in the Augmented Reality (AR) space. On the one hand, we get to help customers enable new AR based products through our optics engineering and active alignment capabilities, through our acoustics capabilities (yes, we believe AR needs “sound” if it is going to really augment reality), through our precision mechanics and legacy: electronics engineering capabilities. In fact, we are involved with customers by perfecting these elements of their AR based product strategies from idea to prototype and prototype to production. We are right at the epicentre of this technology development, and it’s incredible to see the technology evolve right before our eyes. On the other hand, we also get to explore how to use this new technology in our own internal processes from design, through manufacturing and operations to supply chain. For example, one project in the works is with our friends at Microsoft. We are working on leveraging their HoloLens technology, their Azure platform and HP’s 3D Printing technology to create a “Digital Thread” between ideation, design, prototyping, and then right into production. It’s still early days, but our partnerships with these firms and the digital thread we are creating (including the application of AI & Machine Learning with support from IBM Watson and Microsoft Cortana), will ultimately help us accelerate our design, prototyping and manufacturing processes even more so, giving us speed and agility, and helping us to deliver even greater value to our customers. Once we reach the downstream manufacturing processes, there are even more opportunities to use AR as we consider areas like supply chain simulation, preventative maintenance within our manufacturing facilities and much more. The ability to model, simulate and tweak products, processes and supply chains visually and intuitively creates huge opportunity and potential value. Manufacturing agility is a core competence at Jabil and AR, alongside AI will have a huge role to play in the development of an Internet of Manufacturing (IoM) or smart factory solution. While AR offers us the opportunity to deliver all of our solutions faster and more effectively, it is also an area in which we provide a great deal of experience and expertise. It’s very fulfilling to be so engaged in the AR movement, and it’s especially gratifying to see our Global CIO, Gary Cantrell, heavily involved. Gary and his team enable us to quickly study and take advantage of the latest technologies.

While AR offers us the opportunity to deliver all of our solutions faster and more effectively, it is also an area in which we provide a great deal of experience and expertise

And given our CEO, Mark Mondello, has publicly gone on record stating that he wants “Jabil to become the most technologically advanced manufacturing solutions provider on the planet," our company is completely aligned and committed to leveraging technology in order to: a) help our customers innovate new products; b) help ourselves become more agile and fast, which also delivers great value to our customers in the end; and c) create new business models at Jabil that will deliver accretive revenue and drive shareholder value. Cantrell is fully supportive and extremely engaged when it comes to testing our initiatives both from a compute power as well as big data perspective. He leverages a host of partnerships, crossing both on-prem and cloud based solutions. We can quickly stand up proof of concepts and validate or dismiss scenarios quickly, and his people, all walk the walk, when it comes to pro-active support. In fact, I am writing a whitepaper on the ‘Augmented Age’, where tools don’t just do what we ask or program them to do, they collaborate with us to combine supercomputing and big data with human skills, experience and intuition to deliver better outcomes. For example, voice recognition and Virtual Reality (VR) are being deployed to design complex devices or products. Systems that use AI can suggest and simulate multiple options quickly, whilst gesture control and a VR headset can allow the designer to manipulate that design easily and quickly. This hybrid human-machine solution can quickly create an outcome that might have previously taken numerous iteration and prototype stages to reach the same conclusion. Combine this with rapid prototyping tools like 3D printing and you start to see how we shorten the time between idea and success. What makes this more exciting is our involvement in developing VR headset technology in the first place. Driven initially by the gaming industry, the AR market is slated for explosive growth, with figures in excess of $5 Billion suggested for 2108. At the Consumer Electronics Show (CES) in January, AR along with AI was one of the most discussed topics. In his CES keynote address, President and CEO of NVIDIA Jen-Hsun Huang, talked about ‘the Intelligent Industrial Revolution’ and “the big bang of modern AI." NVIDIA also announced partnerships with numerous companies, including a collaboration with Bosch on an AI computer specifically for autonomous driving that uses both AI and AR to create systems that support drivers, learn from them and improve road safety as well as delivering a new ‘augmented’ driving experience. Many of these developments, particularly the processing power supercomputers and Graphics Processing Units (GPUs), have been driven by the hugely demanding world of gaming, but that development is finding its way elsewhere. Also at CES and equally excited about AR was Intel CEO Brian Krzanich, whose press conference led the audience of journalists through a series of pre-recorded and live VR experiences, starting with an immersive wingsuit flight over the Moab in Utah before taking them courtside at an NCAA basketball game before experiencing a zombie apocalypse in the new “Arizona Sunshine” VR game, all powered by 7th Generation Intel® Core™ processor-based PCs and Oculus Rift VR headsets. “Imagine enjoying a courtside seat at a game, studying in a classroom of students and teachers all over the world or consulting with a doctor face-to-face, just by putting on goggles in your home,” wrote Mark Zuckerberg, Facebook CEO, after they acquired Oculus in 2014. Facebook sees VR as a new communication platform that will, according to Mark Zuckerberg “become a part of daily life for billions of people.” It’s hard to find a company that is not excited about AR, especially in concert with AI. It doesn’t matter if you are a carmaker, a healthcare provider, a military or avionics company, a consumer electronics giant, an entertainment and sports franchise or an optics company; just about everyone is getting ready for the Augmented age. We are, and the good news is our CIO is more than ready!

Telemedicine During Covid-19: Benefits And Limitations

The Future Of Healthcare Is Digital, Tele Medicine Destined For Greatness

Mitchell Fong, Director Of Telehealth For Renownhealth In Reno, Nevada

Bringing The Worlds Of Technology And Health Closer To Each Other

How Do You Create A Unicorn If You Can’t Buy One?