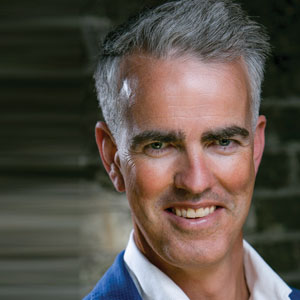 I guarantee you have no idea how big Augmented Reality will become. None of us do. You may follow Augmented Reality extensively, absorbing each development and press release; or you might be at the end of the spectrum where you have so much newness you need to get across, you have Augmented Reality on your radar but you just haven’ t got to it yet. Augmented Reality is taking a while to get here, longer than expected. In New Zealand, where I’m from, there was a Ministry of the Future that in the early 1970s had created designs for the first smartphones. Simple extrapolation of Moore’s Law showed them that computing would become handheld eventually. Computing as we know it is a variant of the room-sized computers of the 1950s (that my dad used to talk about “visiting”). Imagine that—going into a room to visit a computer! We have keyboards, screens, trackpads/mice. And we have the portable devices—all a variant of Mr Jobs’ ipad and iphone in the 2000s (whatever flavour you prefer today). We also have televisions with now large flat/curved screens and remotes. My nana’s first “colour” television in the 1970s had a remote control that was connected by a cable. No losing that! Augmented Reality takes all of the above and packs it into your sunglasses. I feel sorry for those who are taking big bets in Augmented Reality devices. They have barely got anything on the market and already I have huge expectations (just like the 1970s Ministry of the Future). Fast-forward me to the device of my choice please! I was doing the lawns last night. I was wearing my sunglasses for safety as I was using a strimmer/trimmer. It flashed through my mind that I couldn’t wait to be able to multi-task while using my sunglasses for sun protection and eye protection. I could not only be controlling my house electronics, but I could also be browsing through my reading, or chatting with my 85 year old mum. What we can’t fathom when we think of Augmented Reality (sun) glasses is how much we process through our eyes and how sophisticated we are. Imagine your favourite cafe or restaurant, and think of the detail you take in as you sit in your favourite seat and look out. Someone walks in and smiles at you. We process an absurd amount of information visually. Augmented Reality uses that processing capacity and will be able to deliver summary information that we can delve into deeper.

Augmented Reality is a cognitive technology. Going back my nana’s first “colour” television with the corded remote, the delivery of that information into the TV set and then across those two-three metres to her Lay- Z-Boy armchair—into her eyes and mind. Augmented Reality delivers much closer. It is like a 3DMax Cinema experience while you are doing dishes. Think of the future of Augmented Reality as a laptop, a smart-phone, a tablet, a curved flat-screen TV, a gaming console; all in a pair of (sun) glasses. If that sounds far-fetched; look at the utility of your smartphone: a calculator, a scanner, a computer, a telephone, a server with thousands of photos and videos connected to the cloud. The naysayers say that Augmented Reality won’t take off because people don’t like wearing anything. As I type this my glasses are on my head. Available when I need them. I think there is no question they will become the dominant device. There will be many years (ten?) before they become so ubiquitous, lightweight and powerful that they are the equivalent of Mr Job’s smartphone. What happens with new technology is that by the time it has been around for 10 years - it’s familiar and old. When was the last time your friends and family came up to you and proudly showed you their new phone? In 2007, 2008 and 2009, this was a constant fascination as the early adopters showed their risky investment and evangelised about its utility. Unlike smartphones which started as a consumer proposition, Augmented Reality has so many work applications and because of the technical challenges of shrinking technology for comfort, this is likely to be the first phase of this technology. If you have a chance to create a use for Augmented Reality inside your business, don’t delay because you need to get your head around it and build a staircase of projects and capability. However, if you are in a consumer business of any kind, the case is even more solid for you to start experimentation now. Get in on one of the major consumer revolutions over the next 10 years early and build the business case for continued investment and experimentation with Augmented Reality. Here’s the crux: we are on our way to having all the processing we currently do on our devices through a brain-computer interface over the next 30 years. We will access applications and the cloud through our brain, through thought. In terms of Moore’s Law it is a certainty that we will accomplish this, as far-fetched as it sounds today. We will also move from external devices to wearable (sun) glasses running Augmented Reality. It is on the path. Remember all the devices that disappeared into the smartphone? Eventually we will disappear all of our current devices into the Augmented Reality (sun) glasses; and then these two will eventually disappear into our iris and brain-computer interface. I guarantee you have no idea how big Augmented Reality will become. None of us do. Bio: Simon Small is an Artificial Intelligence pioneer. He co-founded Arria NLG in 2012, which is rated by Analytics Insights as one of the 10 Most Trusted Big Data Analytics companies and also the number one Natural Language Generation company to watch for. Simon spends his time helping CIOs and boards acquire strategic technology companies and as a playwright, he works on numerous creative projects from his home in Queenstown, New Zealand. He also pioneered the use of board portals establishing Diligent in the UK, Europe, Middle East and African markets (now a $2bn business). 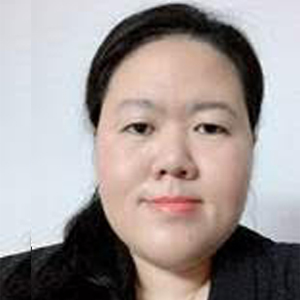 Winning the Customer Service Rush During the Holiday Returns Season

MOBILE APPS IN THE NEW DECADE

Covid-19 and Lessons from the largest Work from Home Experiment

Reimagine the Future of Education in a post-COVID-19 World