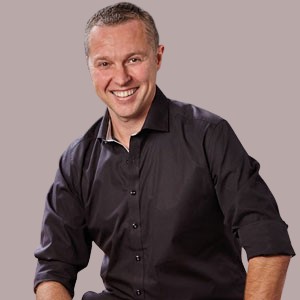 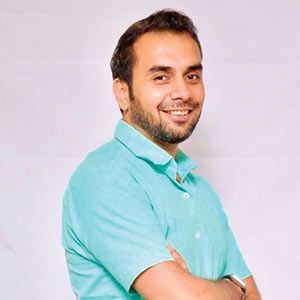 They say, “It all starts with a dream,” but the irony here is that the first augmented and virtual reality (AR/VR) that is believed to be started in 1838, when Charles Wheatstone invented the Stereoscope, is actually not the first. The first AR/VR existed from the time humans started dreaming. Your dreams are actually the first, but non-technological, AR/VR experience in your unconscious vogue. Over a period of time, with the help of technology, humans have evolved it to make the experience available in a conscious mode.

The journey has been remarkable so far; from the Stereoscope and Ed Link’s Flight Simulator to Nintendo’s Virtual Boy, Sony’s PlayStation Eye, and Google’s Cardboard—and we all know how addicted the world got toward Pokémon Go. The Current Technological Evolution AR/VR today is largely consumed for entertainment, marketing, and, to some extent, in training. Use of filters in apps like Snapchat, Instagram, and TikTok are the biggest example of its consumption by a common individuals or millennials. VR has gone deeper with entertainment for its use in enhancing gaming experiences as well. Lot of marketers have often incorporated AR/VR into marketing campaigns for creating buzz, for example: Domino’s Pizza, Japan, launched an AR based campaign with the cartoon character Hatsune Miku—and McDonald's, who launched the 'Pick and Play' game. Another interesting use case has been in ecommerce and retail, where, with use of AR, furniture companies like Urban Ladder were able to showcase how a furniture will look in your living room before you make a purchase—a good way to improve customer experience. In retail, scanning a product displays the FAQs so you do not need humans to answer your queries.
Technological trends influencing AR/VR today AR and VR has still miles to go with increasingly enhanced use of AI, user in training and teaching, usage in collaboration, and social media (recently Facebook has been acquiring AR/VR companies). I am eagerly waiting for following trends to happen, where our vehicle windscreen will turn to an AR screen that results in navigation, knowhow of surroundings, building names, and location details are all visible as you drive from one corner of the city to another while using AR, AI, Geo-data, 5G, and cloud technologies. We would live in a world where your in-store experience could be magnificent, customers would make use of voice (NLP) to interact, uniquely being identified by image recognition, and AR would answer all FAQs about various products and guide customers to the right shelf with desired products in search. Our ecommerce experience that has always been quoted to miss the look and feel will no more be a miss for customers. Users would be experiencing the in-store experience without being in the store; from trial rooms and placement of products to knowhow and all other accessibilities anywhere. The conferences and meetings from Zoom or Bluejean can be expected to shift to a AR/VR-driven conference to overcome the gap in explaining or convincing your points in person that includes all forms of communication (verbal, visual, gestural, written, emotional, etc). Biggest technological evolution could be a new social network that will not be virtual but a virtual reality. I remember the Yahoo Messenger days with chat rooms that has lost its place now but those chat rooms in virtual reality mode could be a new era. Challenges Plaguing the AR/VR Landscape The challenges I see are finding the right resource and partner or enabler to execute or come up with the right solutions for the business. Another challenge is cost; oftentimes, new technologies release at higher costs and gradually reduces over a period of time. For current businesses, any implementation is based on ROI. But sometimes the ROI is not viable at start and technology has to wait—unless a partner believes in you, and is ready to invest. Future of AR/VR It is believed by experts that AR/VR industry will reach more than 25 billion dollars by 2025 and its growth will continue steadily. I believe it’s just on the rise, and AR/VR is going to see a brighter in future; with 5G's superfast data speed, the AR/VR will benefit. And with more investment going into this technology, the business will need to only invest in adoption not innovation.

A dose of our own medicine

Artificial Intelligence regulations and its impact on medical devices

Blockchain: promises to revolutionise superapps and the trust factor in insurance

Data as a Business

Ricardo Leite Raposo, Director of Data & Analytics at B3